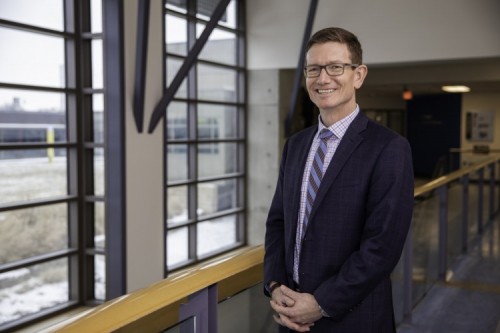 Mohawk College is pleased to announce the appointment of Bill Steinburg to the role of Press Secretary and Senior Communications Advisor.

Bill has extensive background in advocacy, crisis communications, media relations and media training. He joins Mohawk after a successful career in journalism, publishing and, most recently, leading corporate and public affairs initiatives for the Roman Catholic Archdiocese of Toronto for the past 13 years.

As a Hamilton resident, Bill is passionate about Mohawk’s mission and about serving our community. He is eager to start telling the Mohawk story and working across the college to continue to build and enhance the college’s profile locally, provincially, nationally and internationally.

Bill is also an avid runner. He has completed 21 marathons including five Boston marathons and represented Canada in the 2016 ASICS Beat the Sun International Trail Race.

Bill officially joins Mohawk on Monday, February 11. He will serve as a member of the Public Affairs, Marketing and Strategic Initiatives team working out of the President’s Office at the Fennell campus.

“I’m proud to welcome Bill to the Public Affairs team. Mohawk has many great stories to tell, and I’m confident he will do a fabulous job of shining a spotlight on the amazing work that is being done at our college and in the community.”