The Mohawk Mountaineers have announced Brad McClure as the 15th head coach in the men’s volleyball program’s history. 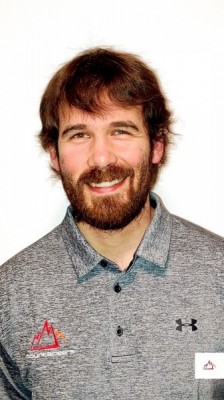 McClure joins the Mountaineers with four years of experience at the college level, working previously as the assistant coach for the University of Western Ontario Mustangs women’s team and Fanshawe College’s men’s team. Most recently, he was the head coach of the women’s volleyball team at Conestoga College in 2016-17.

In addition to collegiate coaching success, McClure coached the Ontario women’s team to a silver medal at the 2017 Canada Games. He has coached beach volleyball for the past six years with the Ontario Volleyball Association and has also spent the past two years at the U18 head coach of Hamilton’s MAC Volleyball Club.

“There are a lot of things to be excited about with Brad’s hire,” said Matthew Ferreira, Mohawk Athletic Director. “Coach McClure has experience in both the OCAA and OUA, along with a decorated coaching resume in beach volleyball. He is a staple in the Hamilton community with the MAC volleyball Club and will help us grow our reach locally. I feel Brad is the right person to lead the men’s volleyball program back to provincial prominence.”