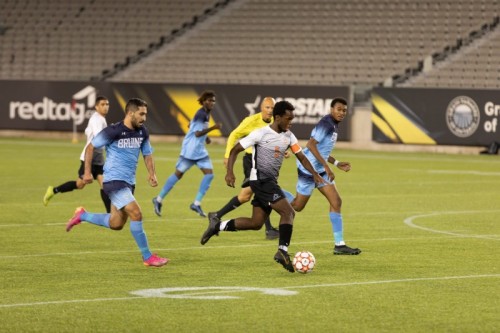 This week Sabrina Cianciosi from women’s soccer and Amanjyot Singh from men’s soccer were named the Mountaineers Athletes of the Week. The weekly honour is awarded in collaboration with the Mohawk Students’ Association. Cianciosi scored her first career goal with Mohawk in four years at Tim Hortons Field. Singh scored a goal versus Sheridan, his second of the season, which ultimately led to a Mohawk comeback

Oct. 16: Cross Country goes to Conestoga College for the second OCAA Invitational of the year