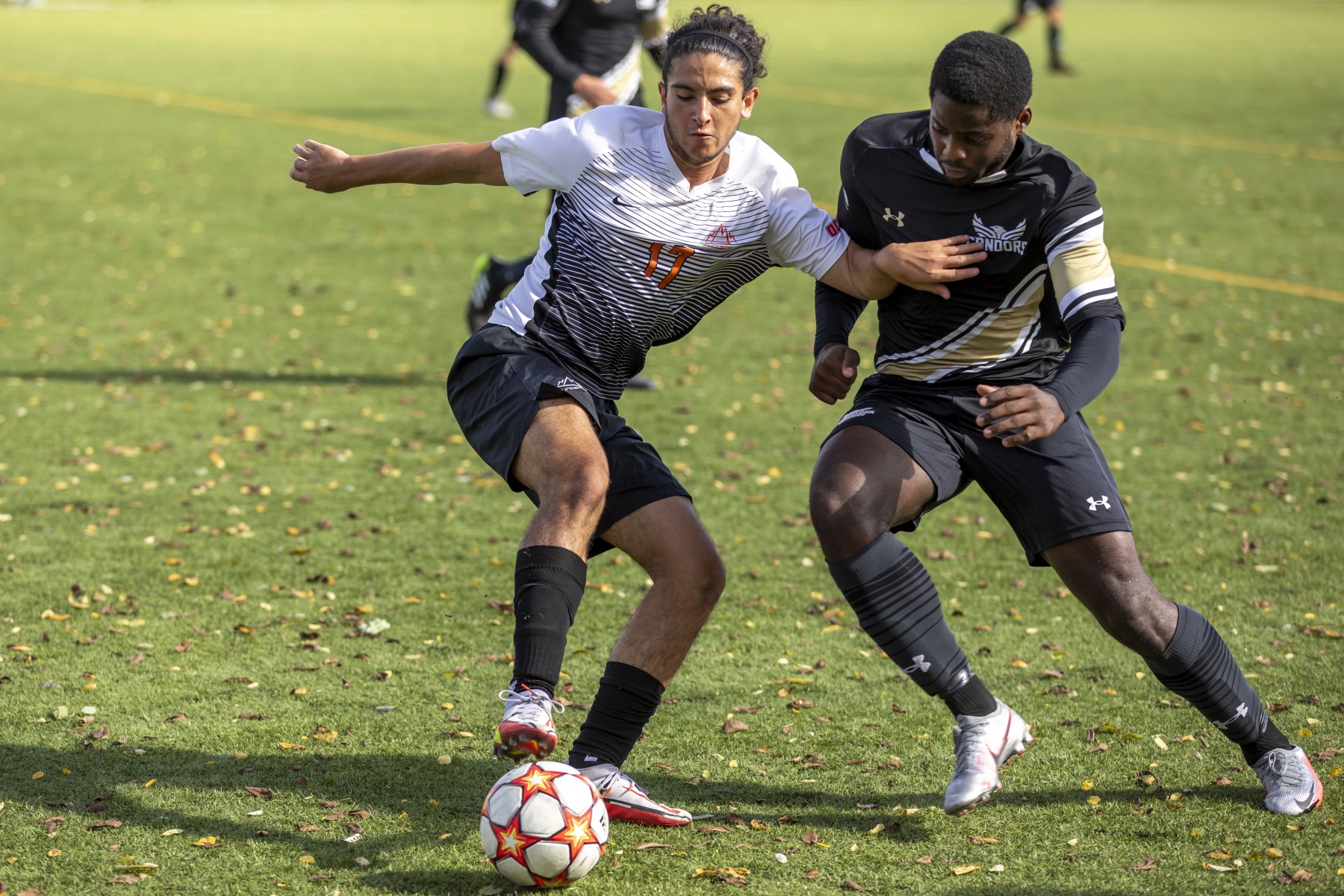 First-round losses resulted in early exits from OCAA soccer playoffs for both the women’s and the men’s teams. There was ongoing women’s softball action.

This marks the end of the season for those three varsity teams, as the Mountaineers prepare for the upcoming volleyball and basketball seasons.

Oct. 16: Lost 1-0 to Conestoga Condors in the OCAA first round playoffs

Oct. 17: Lost 2-1 to St. Clair Saints in the OCAA first round playoffs

Please note: No spectators will be allowed on Saturday for the basketball games.

Student Services - Here to help - December 2, 2022
Mountaineer varsity highlights - December 2
Lottery Winner - December 2, 2022
Leaders Spotlight on Learning - December
How will you take action during the #16DaysofActivism?
Chris Hadfield speaks at Mohawk College - In the news
Some modules are disabled because cookies are declined. Accept cookies to experience the full functionality of this page.
ACCEPT COOKIES
We use cookies to optimize the website, no personal information is stored. Learn more
DECLINE COOKIES ACCEPT COOKIES