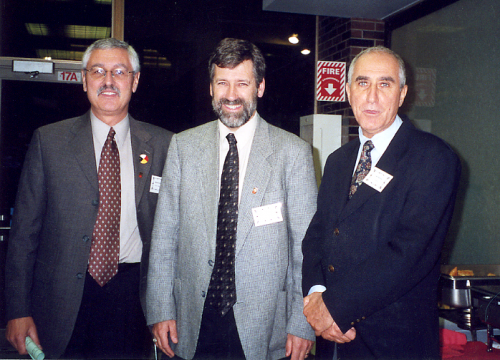 Fred Deys, former Director of Human Resources, passed away suddenly on May 9 at this home in Hamilton.

Fred spent most of his professional life at Mohawk College, as a professor, as Director of Academic Staff and eventually as Director of Human Resources. He was also OPSEU Local 240 President for a period of his Mohawk career. Following his retirement from Mohawk, Fred joined Niagara College in October 2017 as interim Associate Dean for the School of Technology and took on a permanent position there the following year.

Fred was very active in the community, serving as a board member of the former Hamilton Entertainment and Convention Facilities (HECFI), as a member of the CAAT Pension Plan Sponsors’ Committee and as a director of the Ontario College Retirees Association. He also served for many years as an online scorekeeper for the Hamilton Bulldogs, dating back to the franchise’s AHL days, and was the league’s location stats tracker at FirstOntario Centre.

Fred is survived by his wife, Debra, and their children. Due to the current circumstances and restrictions, a virtual ceremony will be held to honour and celebrate Fred’s life.

The Mohawk College community extends condolences to Fred’s family and all who feel his loss.