From Ideal Employees to Industrious Entrepreneurs: How Students with Disabilities Thrive in the Workforce 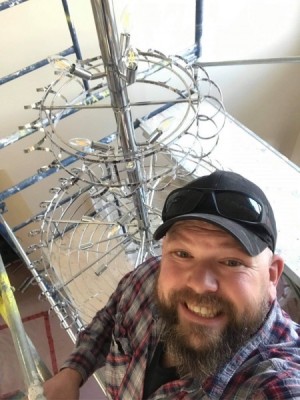 Critical thinking, problem solving and adaptability: three sought-after skills by employers recruiting new hires in today’s workforce that some people, including people with disabilities, spend a lifetime honing, as the world that they oftentimes encounter requires that they develop these skills in order to operate within it.

Discover Ability Network (an online portal that matches companies like IBM and CIBC with job seekers with disabilities) speaks to the growing awareness in today’s workplace about the value that people with disabilities bring to the workforce, including more diversity, equal productivity and increased retention.

Sometimes, these skills are leveraged to open a business rather than work for one. This was the case for Andrew Muehlenbeck, a student that completed the Electrician – Construction and Maintenance program at Mohawk College in 2011. Andrew knew that he learned best when theoretical concepts taught in class were applied to real-life examples to which he could relate, prompting him to enrol in an evening class with a professor whose teaching methods allowed him to use his existing strengths in learning. Hedging his bets paid off for Andrew, as his passing grade in the evening class offset his failing grade in the same course that he took simultaneously during the day with an instructor that used a different approach to teach the material. Ensuring that he solidified his foundational knowledge, Andrew went on to complete the final level of his apprenticeship independently and, then, became licensed. He worked for two different employers before deciding to apply his skill set to a new business endeavor: opening up his own Electrical company, Maverik Electrical Inc, which has been in operation since 2017.

As the pandemic drastically changes the job market that students prepare to enter, the ability to think critically, demonstrate flexibility and remain solutions-oriented will become even more vital. As all graduates will now navigate a changed world in which they will seek employment, many students will disabilities are already well equipped to chart the course.

Joanne Kedzierski is a Accessibility Counsellor at the Stoney Creek campus.

If you have questions about this article you can contact Joanne by emailing her at joanne.kedzierski@mohawkcollege.ca

From Ideal Employees to Industrious Entrepreneurs: How Students with Disabilities Thrive in the Workforce

2021 September Start-Up Deadlines from Marketing
Annual Report to the Community from the Mohawk College Foundation
City School, Indwell partner for new SkillsAdvance Ontario program
IIoT-enabled keg becomes reality through AMIC - In the News
Mountaineers name David Hopton as cross-country head coach
Everyday Heroes for July 2021
Some modules are disabled because cookies are declined. Accept cookies to experience the full functionality of this page.
ACCEPT COOKIES
We use cookies to optimize the website, no personal information is stored. Learn more
DECLINE COOKIES ACCEPT COOKIES