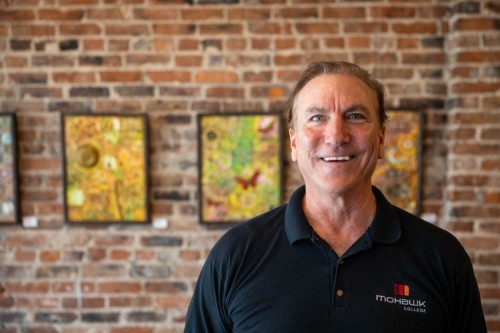 Dupp is committed to excellence in teaching and ensures his students get the best education and experience possible. He carries this same commitment to his volunteer work with Skills Ontario, as co-chair of the Industrial Mechanic Millwright Skills Ontario competition since 2012. In 2017, Dupp also volunteered as the Assistant Workshop Manager at the WorldSkills Abu Dhabi IMM competition, and in 2019, he travelled to Kazan Russia for WorldSkills 2019.

Richard began his education in skilled trades as an Industrial Mechanic Millwright apprenticeship student in 1975 with Ontario Hydro Thermal Generation. After spending 20 years in the field growing his knowledge and experience, he joined Mohawk College as an IMM apprenticeship faculty in 1995. Richard began to dedicate his time to Skills Ontario in 2002 and enjoyed taking on various roles such as Judge, Workshop Manager, Site Safety Officer and Assistant Tech Chair over the years.

Each year, Skills Ontario presents this award to a volunteer, or volunteers, who embody the same dedication and passion for Skills Ontario that was demonstrated by the late Glenn Beatty, who was a provincial and national Skills winner and dedicated volunteer to the program.