Mohawk College student Brittany Gaudet entered her first co-op work term in order to gain some significant industry experience. In the process, she gained some significant recognition, as well. 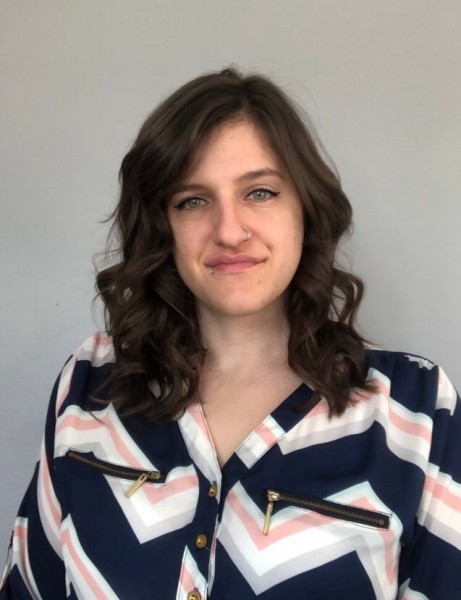 Gaudet, a Mechanical Engineering Technology student, was recently named the Co-op Student of the Year by Experiential & Work-Integrated Learning Ontario (EWO) and was honoured nationally with The Student of the Year Award, College Co-op, by Co-operative Education and Work-Integrated Learning Canada (CEWIL). These awards recognize the accomplishments Gaudet achieved in her co-op role at Burlington-based StressCrete Group, as well her extra-curricular involvement at the college.

The EWO awards announcement calls her “an inspiration to female students wishing to pursue an education and career in technology and trades.” Mohawk College Co-op Specialist Trent Jarvis, who nominated Brittany for the national award from CEWIL, highlighted that Gaudet “was able to break the glass ceiling for female co-op students wanting to pursue technology and trade experiences, within a male-dominated industry and department. Brittany not only became the first female to be employed on the shop floor, but the first female co-op student.”

Jason Rieger, the plant manager at StressCrete Group, offered his impressions of Gaudet and her work in a submission to CEWIL, as well:

“As her co-op term progressed Brittany was less of a co-op student and more of an integrated member of our team. Rather than having basic duties and routine responsibilities, Brittany, with the guidance of myself, proposed and executed her own agenda, projects, and pursued interests….
At the culmination of her co-op term, she left us with tangible plans and proposals to take steps in improving not only the processes she analyzed in our plant, but also in the infrastructure that exists in the marketplace that we can utilize to better our process and product.”

Growth and progress through co-op

While Gaudet earned high praise and provincial and national recognition, she wasn’t thinking of that when she entered her summer co-op work term at StressCrete. She was looking for an employer who would provide hands-on experience and an opportunity to explore the role of a quality assurance technician, dealing with real industry challenges.

“The main reason I was drawn to this company was the company’s values, which included being a family-owned business and equal opportunity employer,” says Gaudet. “I was the first female to work inside the plant, a change they were happy to support and have me become part of their team.”

She started in the role as most co-op students would, with general basic duties and responsibilities, but quickly demonstrated that she was capable and interested in tackling much more challenging projects.

“At this point I realized that we hit the metaphorical ‘jack pot’ in the co-op student we hired,” Rieger states. “Her intelligence, combined with her ambition to get her hands dirty in the concrete plant gave me an early glimpse of her potential.”

During the duration of the term, Gaudet identified quality issues in production and processes, initiated changes in the plant, engaged with industry suppliers and specialists to devise solutions, and presented her findings and recommendations to the company leadership. It was truly a complete experiential learning experience.

“My co-op experience helped me develop as a professional because I learned the importance of networking and teamwork; not only within my in-house resources but by seeking out other professionals in the industry and creating connections between different companies,” she says.

With the support of many of the StressCrete managers and plant workers, Gaudet was able to keep the momentum going on her projects.

“By the end of my co-op, I developed a rapport with many of the plant workers, and they were often curious about my projects and wanting to follow up with my trials to either provide input or give me ideas,” she says, emphasizing that the benefits of that co-op experience extended beyond her educational and career development.

“This really helped me develop as a person, to see my efforts were not for nothing and that through my determination and resilience I could achieve my goals.”

In the process of achieving those goals, Gaudet made a lasting impression on many of the people around her. She has the EWO and CEWIL Student of the Year awards as confirmation.