The Mohawk Mountaineers are pleased to announce the hiring of David Hopton as the newest addition to the Mountaineer coaching staff in the role of Cross-Country Head Coach. 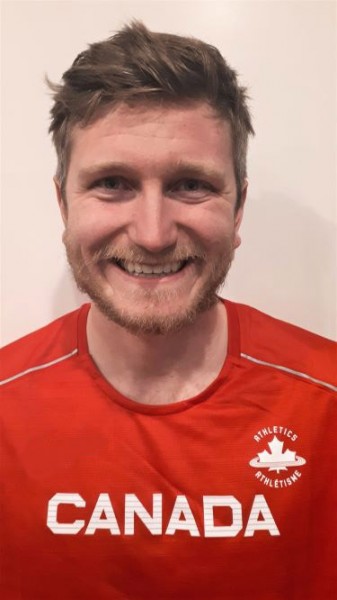 The program has experienced recent success from a team and individual perspective, highlighted by CCAA All-Canadian Kyle Rooke who won an OCAA gold medal in 2018-2019. Hopton says he's confident he can carry on with the success.

"I've been primarily coaching triathlon, but there are a lot of similarities between the strength-based style of cross-country and running at the end of a triathlon. I'm excited for the new challenge and I'm confident I can continue with the success of the Mohawk cross-country program," says Hopton. "I'm excited to work with motivated athletes and help them reach their potential."

Hopton, a Toronto native, graduated from McMaster's Kinesiology program in 2014 where he was part of the Marauders cross-country program.

Since graduating, Hopton competed in triathlons at the elite/pro level from 2012-2018 and has been coaching in the Hamilton community during that time as well.

He's been the Head Junior Coach of the Hamilton Hammerheads Triathlon & Running Team since 2014 and has been a running coach with Team LPC Triathlon since 2018.

"David checks every box that we look for in a coach and I know he'll fit right in with the culture the Mountaineer high-performance program is creating," said Matt Ferreira, Mohawk Director of Athletics and Recreation. "He has a long list of coaching accomplishments and I'm confident that will continue here at Mohawk."

The amateur athletes Hopton has coached have went on to win 25 medals at the provincial level since 2017, highlighted by nine gold medals.

IT Notification – Banner & Database Maintenance Upgrade
Fall 2022 start-up deadlines
IDEAWORKS Update for Faculty & Staff- May 13, 2022
Join us for a special panel on Indigenous People in the Trades
Student Services - Here to help - May 13
Mohawk launches Public Health Nursing graduate program during International Nursing Week
Some modules are disabled because cookies are declined. Accept cookies to experience the full functionality of this page.
ACCEPT COOKIES
We use cookies to optimize the website, no personal information is stored. Learn more
DECLINE COOKIES ACCEPT COOKIES