With a 6-0 start to their 2022-23 season, Mohawk Mountaineers men’s basketball moved up seven spots in the CCAA National rankings to number five in the country.

This past week, the Mountaineers defeated the Lambton Lions, last year's provincial bronze medalists. The next day, they faced off against the 2021-22 OCAA and CCAA silver medal-winning St. Clair Saints, defeating them 127-125 in double overtime. 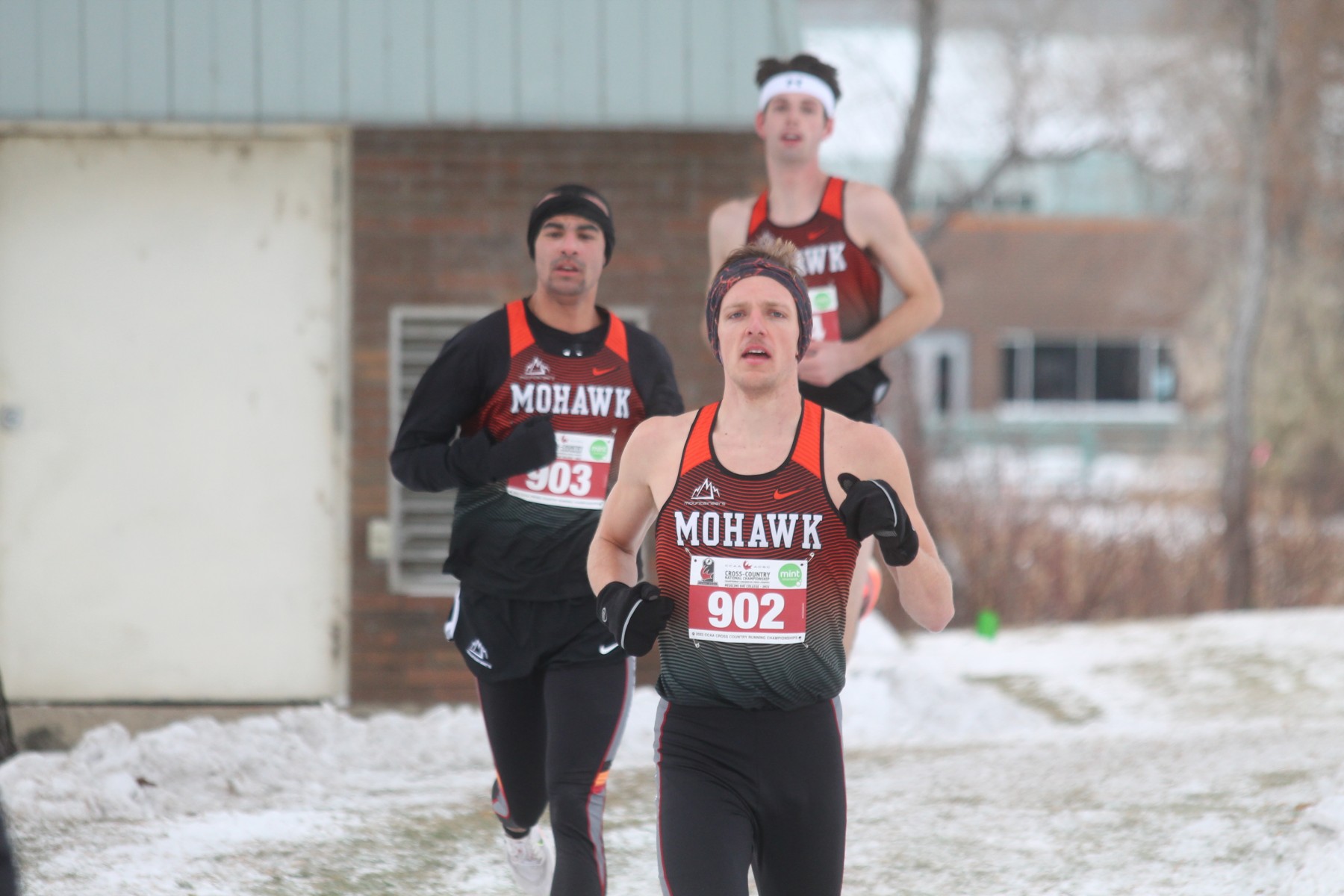 Mountaineers cross country student-athletes travelled to Medicine Hat, AB this past weekend for the CCAA Championships. As a team, the women placed 13th overall and as the second-best Ontario school. The three individual runners on the men’s team who qualified for nationals all finished within the top-80.

Mohawk women’s basketball picked up their first victory of the season, winning a close 66-62 game versus the Saints.

The men’s volleyball team has now lost two games in a row, losing to St. Clair and Niagara this past week.

(in partnership with the Mohawk Students’ Association)

The first-year guard was a big part of the doubleheader weekend for Mountaineers women's basketball that saw Mohawk win its first game of the season. In a tough loss to the Lambton Lions in Sarnia, ON, Angong picked up her first career OCAA double-double with 10-points and 10 rebounds in 17 minutes. She followed up that performance with eight points and 10 rebounds in a 66-62 win versus the St. Clair Saints, and added two steals and a block to her stats as well.

Mercury (Scarborough, ON) picked up his second and third double-doubles of the season on the weekend as Mohawk men's basketball remained undefeated at 6-0 – the only OCAA school yet to lose a game this season. In the Saturday victory versus the Lambton Lions, the second-year forward scored 20-points on 5-of-8 shooting and grabbed 11 rebounds. Mercury followed that performance with 19-points and 12 rebounds in a 127-125 double overtime win over the No. 5-ranked St. Clair Saints. The two wins moved the Mountaineers to the number one spot in the OCAA rankings.

·       Mountaineers women’s and men’s basketball host the Conestoga Condors in the David Braley Athletic and Recreation Centre at 1 p.m. and 3 p.m.