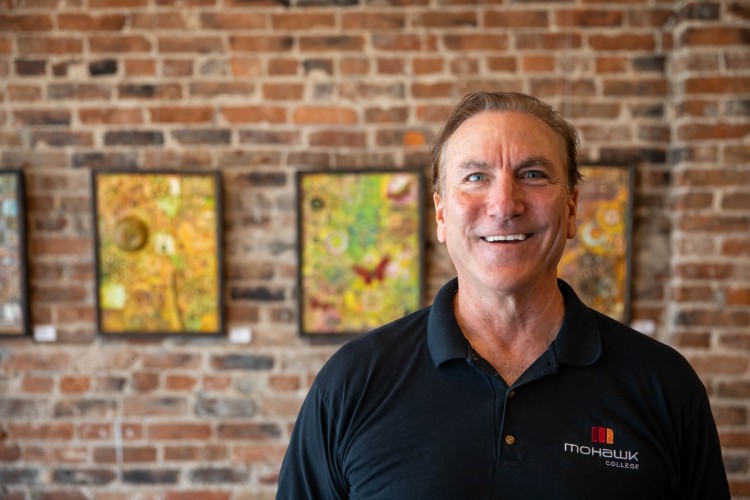 Learning is greatly influenced by the classroom environment that a professor cultivates. Professors like Richard (Rick) Dupp, who coordinates and teaches in the Industrial Mechanic Millwright program, strive to make their classrooms accessible to all learners and those efforts do not go unnoticed by students.

After 25 years of a successful teaching career at Mohawk, one of Rick’s students, Jason Lancaster, reflects on the impact that his professor has had on his studies. When Jason began the Industrial Mechanic Millwright program in 2018, he registered with Accessible Learning Services to arrange accommodations that would enable him to learn more effectively. He was introduced to the C-pen, a pocket-size pen that scans and reads printed text out loud, enabling Jason to read more efficiently. Jason approached Rick about his accommodations, and arranged with him to use the C-pen (along with earbuds) in class, both while attending lectures as well as writing tests.

Question: What made you feel comfortable about approaching Rick to use the C-pen in his class?

Jason: To be completely honest, he was super accommodating from the very beginning of class. I just assumed that he would be OK with it, and he was.

Question: Did you experience any judgment from your classmates about using the C-pen in class?

Jason: No. If anything, there was a lot of curiousity from my classmates. Once I showed them how it works, three or four of my classmates were inquiring about getting it themselves, and it wasn’t necessarily for an entire sentence but more single words because they had difficulty with reading themselves. Many said they had never received an assessment like myself, but they knew it was not one of their strong points.

Question: Do you feel it made a significant difference in your studies to use your testing accommodations in class with your professor?

Jason: It made a difference. The C-pen gave me more confidence to be able to do a test on my own. With using it to study, a lot of times key words would come up on the test that I would recognize from studying. Rick really helped me to learn how to break down a question for multiple choice tests and showed me how, a lot of times, the answer is in the question so you have to read the question, two or three times with the C pen, if you have to. I had a bad habit in high school of skim reading and I found that, if I did that with college tests, I would miss key words. I noticed him getting me to slow down, read the question a couple of time.

He would always schedule tests at the end of the day. He told me he would accommodate me that way in class and I found, with the C-pen, I was able to finish my tests at the same time as my classmates did.

Question: In your view, how important is a professor’s attitude towards accommodations in class?

Jason: I think it’s huge. I think Rick making me feel really comfortable gave me the confidence to do what I did with the C-pen. Just the way he went ahead with the situation gave me confidence in myself to explain to my classmates what was going on. He didn’t announce it or center me out. I just spoke to him in confidence and it was just a normal occurrence, which made me feel better. I was teased a lot in middle and high school for using accommodations, which is crazy because I was worried about that before starting my first semester with Rick but none of my classmates approached it that way. It was nice to find common ground with a lot of guys.

Jason completed the first and second level of the Millwright apprenticeship program with honours, and is on track to do the same in his final level, which he has just finished this term. Jason’s achievements demonstrate the positive impact that an inclusive learning environment, like the one created by Rick, can have on a student at Mohawk and beyond, as Jason also began using the C-pen at his job and has demonstrated it to people in his workplace. On the eve of Rick’s retirement and Jason’s graduation (both taking place this month), their story speaks to the successes that abound both on campus and in the community when the classroom is made to be a space that is inclusive of all learners. 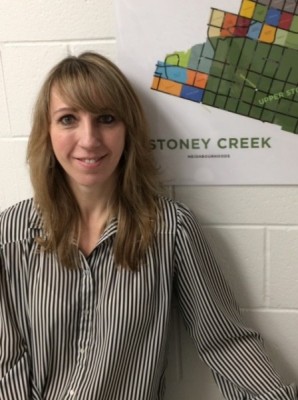 Joanne Kedzierski is a Accessibility Counsellor at the Stoney Creek campus.

If you have questions about this article you can contact Joanne by emailing her at joanne.kedzierski@mohawkcollege.ca